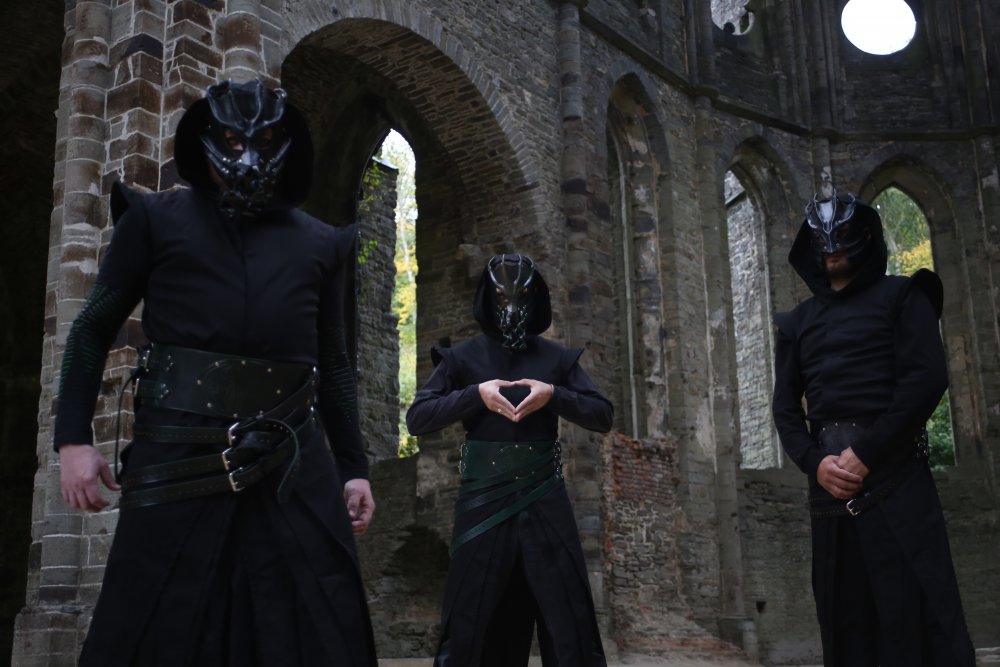 Squidhead was born somewhere around 2009 in Belgium as an instrumental solo project (with the Painter doing everything from guitars, bass, programming to mix and mastering duties) and become an official act at the end of 2013 to finally release his debut EP “Prohibition” in 2014.

After receiving al lot of positive reviews from more than 50 magazines and webzines around the Globe, the solo act slowly evolved into an actual band with the addition of 2 new members on vocals and Bass. This new entity quickly started to work on their debut album and the new image of the band.

After more than 3 years of writing/composing work and a mix/mastering done by HK Krauss at Vamacara Studio (Clisson) during summer 2017, the band is finally unveiling their first full length album “Cult(ist)” in March 2018.

Using strange masked characters as alter egos, the Squidhead plays a mix of modern death metal with melodic licks and industrial elements on 8 strings guitar, with lyrics and imagery inspired by the horrific universe of the writer HP Lovecraft.

Right now, the band is ready to hit the stages and finally spread his madness among the living.